Where The Money Goes: Building Caravan Housing for Christians in Sulaymaniyah 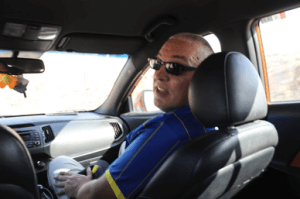 Quint, my SWIC partner in mission, as we made our way south.

Before our arrival in Erbil, Stand With Iraqi Christians had designated $11,500 of the total $19,000 collection we had brought with us to building caravan housing for 8 Christian families living in tents in Sulaymaniyah, a city about a 150 kilometers south of Erbil. These families had fled Mosul more than a year before, and were living in conditions of extreme poverty, coping with the extremes of the searing heat of summer and the bitter cold of northern Iraq. This is their story, and how SWIC was able to help them create homes for their families.

[aesop_gallery id=”2230″ revealfx=”off”]
The day after Quint and I arrived in Erbil we headed south with Hanna to Sulaymaniyah. The road to Sulaymaniyah was one gorgeous mountain or lakeside landscape after another. 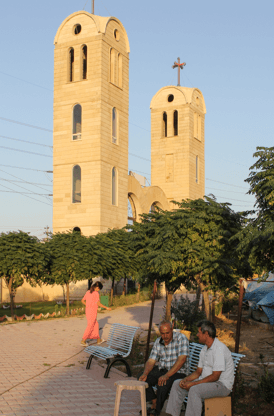 We arrived at St. Maria’s Church, in Sulaymaniyah. St. Maria’s is an Egyptian Coptic Church, who nevertheless had taken in and cared for these families, who are from the Assyrian Church of the East.

As we saw over and over again, Christians of all kinds and backgrounds in Iraq are working together to care for their people.

The families we met were living their entire lives in very difficult circumstances in makeshift tents, with only whatever possessions they were able to carry from Mosul. They were glad to see us, and greeted us with the warm hospitality customary to this whole culture. 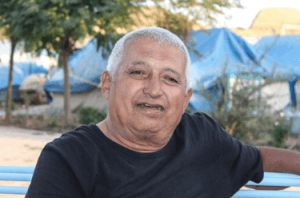 By the time we had arrived, preparations for the new caravan homes had already begun under the guidance of our contractor, Nabil Y. Masri, a Christian from Jordan who was volunteering his services free of charge.

Workers prepare the ground for caravans!

On this initial trip we had the chance to meet our families, some of those helping to build the caravans, and leave a deposit for the work commencing in earnest that day.

When we arrived one week later, the entire campus of St. Maria’s was bustling with activity and workers: ground had been cleared, foundations had been laid, trenches for water and sewage lines had been dug, and frames for some of the caravans were already being assembled.

Unfortunately, Quint and I had to leave before the caravans could be competed. But our friend and partner Hanna has sent us pictures of the ongoing progress. As of today, the caravans are mostly constructed, with water, sewage and final assembly only a week or so away. Just as soon as they are complete and the families moved in we will post pictures and you can see what wonderful work YOU have made possible!

Now, within about a week, these wonderful and faithful families will be able to move into their new homes! Thanks to your support of the mission of Stand With Iraqi Christians, and all to the glory of God.

Stand with Iraqi Christians is a church-based 501(c)(3) non-profit organization under The Episcopal Church IRS exemption.